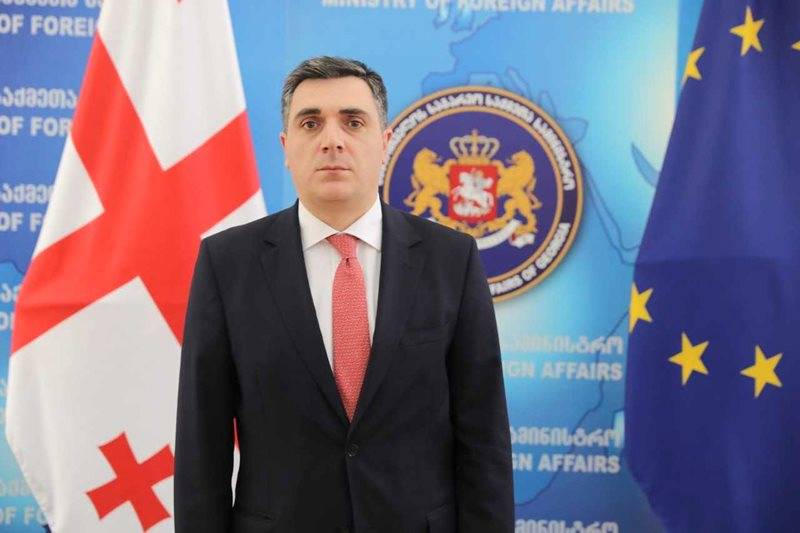 On 4 April 2022, Ilia Darchiashvili was appointed Minister of Foreign Affairs. Before that, from 2021, he held the post of Head of Government Administration.

During the period from 2017 to 2021, Ilia Darchiashvili served as Ambassador Extraordinary and Plenipotentiary of Georgia to the Republic of Poland. During his tenure as Ambassador, he devoted himself to expanding bilateral relations between the two countries.

In 2016 he was elected to the supervisory board of the Georgia Airports Association. The same year he was appointed as Ambassador at Large at the Ministry of Foreign Affairs.

In 2015 Ilia Darchiashvili was appointed First Deputy Minister of Regional Development and Infrastructure, the post he held until 2016.

From 2012 to 2014, he worked at Georgia’s Embassy to the Republic of Poland. Prior to being named Executive Director of LEPL Municipal Development Fund of Georgia in 2014, he was First Deputy Director of the organization.

In 2003-2004, Ilia Darchiashvili worked as financial control officer at Bank Republic. In 2004 he moved to the position of Head of Customer Service Department, the role he filled until 2006. In 2006 he was appointed branch manager at Bank Republic (Societe Generale Group) and stayed in the job until 2012.

In 2008 Ilia Darchiashvili enrolled with Grenoble Ecole de Management to earn a Master’s in Business Administration in 2011.

Studying for Master’s Degree at the Ivane Javakhishvili Tbilisi State University from 2002 to 2004, he was awarded Master of Economics.

He graduated from the Ivane Javakhishvili Tbilisi State University with his Bachelor of Economics Degree in 2002.

Ilia Darchiashvili holds the rank of Ambassador Extraordinary and Plenipotentiary.