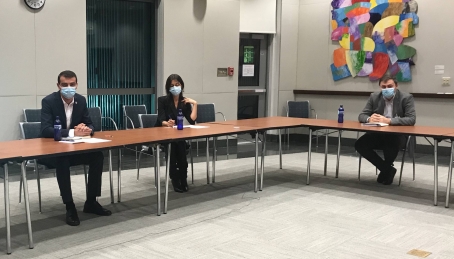 With coordination of NSC Office and support of the U.S. Embassy in Georgia, an online conference was held on elaboration of investment policy in regard to critical infrastructure subjects.

The representatives of the NSC Office, Ministry of Economy and Sustainable Development, State Security Service and the National Bank of Georgia participated in a virtual conference on investment screening.

From the US side, employees of the Committee on Foreign Investment in the United States (CFIUS), under the U.S.  Department of Treasury, and the representatives of the U.S. Department of State took part in the event.

The U.S. colleagues gave a presentation about the roles and responsibilities of the Committee on Foreign Investment in the United States in assessing the effect of such transactions on the national security of the United States (“investment screening”), as well as on  the procedures and the control mechanisms related to foreign investments within the critical infrastructure.

The representatives of the NSC Office provided information, to the U.S. counterparts, about ongoing reform in the field of critical infrastructure protection (CIP) and the respective action plan. 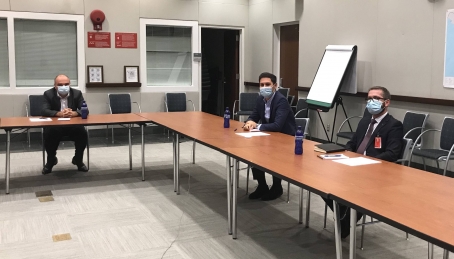