Member of the National Security Council 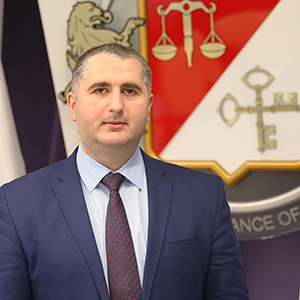 Lasha Khutsishvili is appointed the Minister of Finance of Georgia since April 1, 2021.

In the period from February 2014 to April 2021 he was the Deputy Minister of Finance of Georgia.

From July, 2016 till today he has been a member OECD/G20 of Steering Group of the Inclusive Framework on BEPS (Base erosion and profit shifting).

From January, 2013 to February, 2014 Lasha Khutsishvili took up the post of the Director General at the Revenue Service of Georgia.

Lasha Khutsishvili graduated from the European High School of Management-Tbilisi (ESM) and the Preston University majoring in Business Administration.

He is fluent in English and Russian languages.