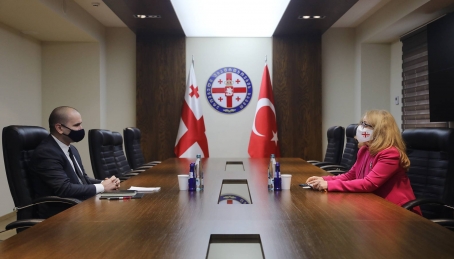 The Head of the National Security Council’s Office, Kakhaber Kemoklidze held an introductory meeting with an H.E Ambassador Extraordinary and Plenipotentiary of the Republic of Turkey to Georgia, Fatma Ceren Yazgan.

Kakhaber Kemoklidze spoke with the Ambassador about the mandate of the National Security Council and it’s Office. Strategic projects, ongoing with the coordination of  NSC Office were also mentioned at the meeting.

During the meeting parties discussed the security environment in the region and the current challenges.

Particular attention was paid to the significance of cooperation with Turkey as Georgia’s strategic partner as well as friendly relations between the two countries.

The sides also discussed the prospects of strengthening future cooperation between the Embassy of the Republic of Turkey and the National Security Council’s Office. 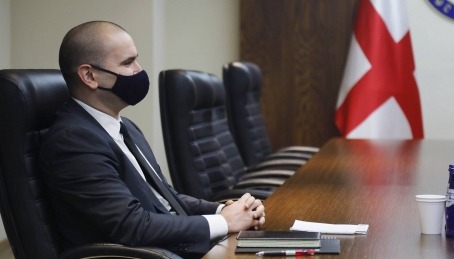 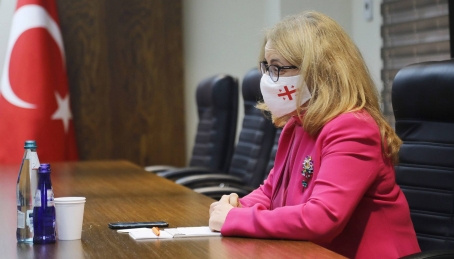