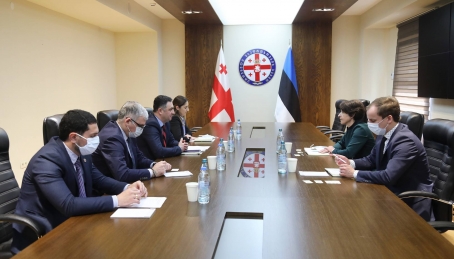 The Head of the National Security Council’s Office, Givi Tumanishvili, held an introductory meeting with an Ambassador Extraordinary and Plenipotentiary of Estonia to Georgia, H.E. Riina Kaljurand and the Deputy Head of Mission Margus Gering.

Riina Kaljurand congratulated Givi Tumanishvili with his appointment and wished him success in future activities.

The Head of the NSC Office informed the Estonian guests about ongoing projects coordinated by the NSC Office. Particular attention was paid to the issue of the already approved conceptual document - National Cyber Security Strategy.

The elaboration of the National Security Concept was also discussed at the meeting. The parties positively assessed the active involvement of civil sector in the process of reviewing the document.

The sides also discussed the ongoing developments in Ukraine and the existing regional security environment. Givi Tumanishvili also informed the guests about current situation in the occupied regions of Georgia.

The significance of the strategic partnership between Georgia and Estonia was underscored at the meeting. Givi Tumanishvili thanked Riina Kaljurand and Margus Gering for the active support of Estonia in security field and expressed hope for strengthening the current cooperation between the two countries.

The Heads of the Departments of the NSC Office also attended the meeting. 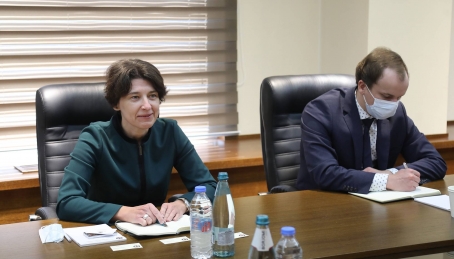 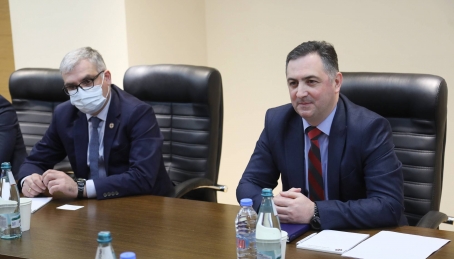